Notably, the feature is currently available for web and Xbox clients. There are several videos that we want to watch, but to save time, prefer to increase the speed of the video.

Most audio and video streaming services including YouTube provide this option to the user. For now, YouTube TV users on the web and on Xbox can speed up a video as well.

A Reddit post suggests that Google had been experimenting with video playback control features for quite some time now. It has been tested on the mobile and web client for months. Finally, it is available at least on the web client.

For what it’s worth, the Android YouTube TV app hasn’t gotten this feature yet. Also, it looks like Google is currently testing this video playback speed control feature.

This is the reason why it is not available to all users at the moment. Or it may be that the deployment is at a slow pace.

Recently, YouTube TV has acquired the functionality of showing movie purchases from the Google Play Store. And now with the addition of video speed controls, YouTube TV is getting rich in features.

While it’s available for web clients and on Xbox, Android users will likely benefit from this feature in the coming weeks. Users can use this feature to speed up cooking videos, listen to podcasts at fast speed, etc.

The YouTube app’s video playback speed control does not change the height of the video when you speed up or slow down the video. In fact, it compresses or stretches the audio and video samples.

This is done in order to maintain the pitch of the audio during slow or fast playback. Likewise, if you speed up or slow down a music video, it won’t be the music touch.

It will be interesting to see if the playback speed control feature on YouTube TV also does the same or not. 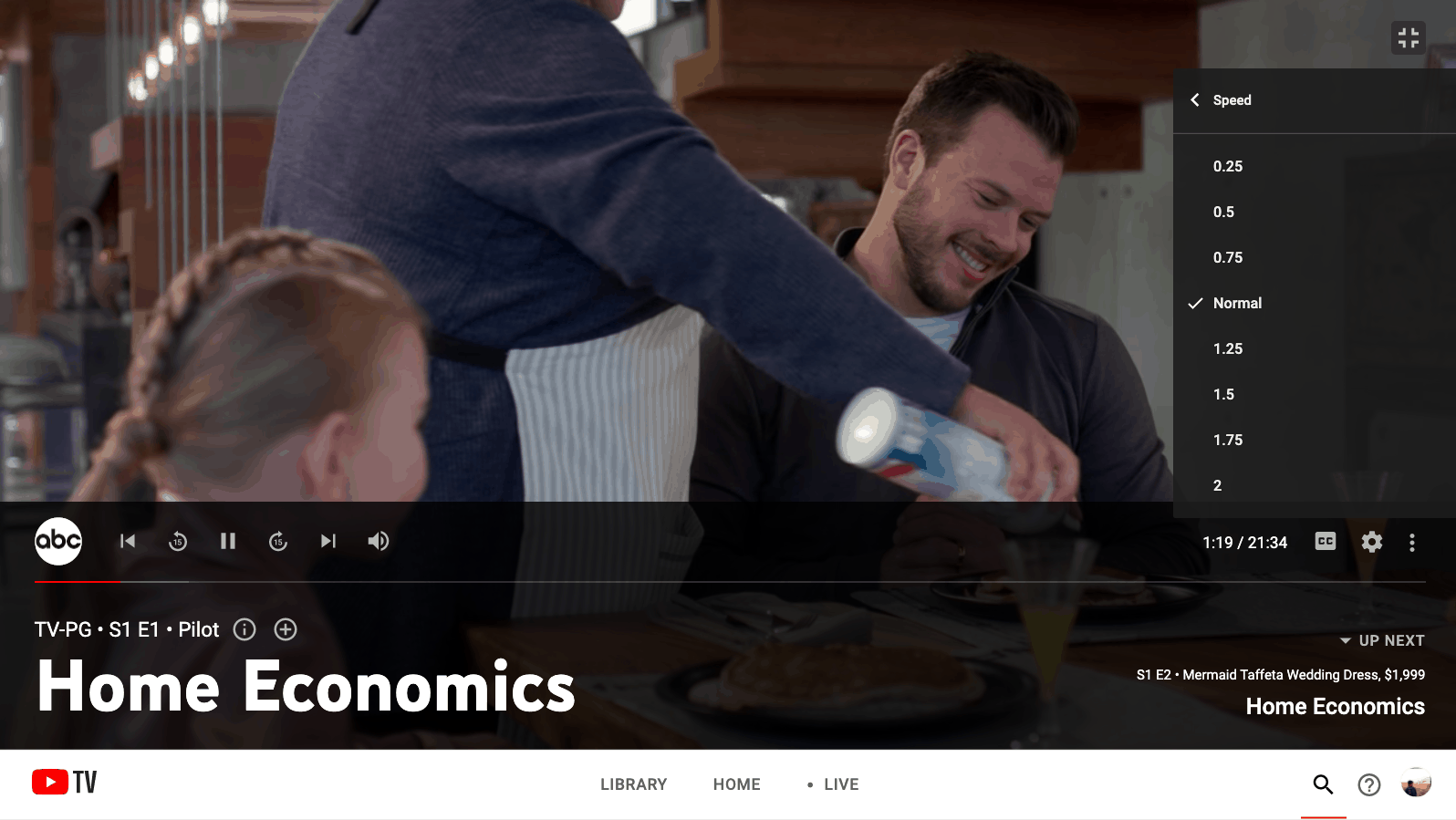