Xbox Game Pass has been of tremendous value since very early in its lifespan, and tomorrow it will become even more valuable as you will have yet another way to play Skyrim.

Forgoing the many jokes one could make here about how many platforms Skyrim is available on thanks to its many re-releases, the game is still one of the best RPGs around.

Of course, the arrival of The Elder Scrolls V: Skyrim on Xbox Game Pass isn’t just a one-off event. This is the result of the finalized acquisition of Bethesda by Microsoft. Which will see a shipment of iconic studio titles released for Game pass subscribers tomorrow.

A total of 20 new games will arrive on Game Pass tomorrow. One of those is of course Skyrim. Although you don’t necessarily have to buy it this time around.

Yes, for once you can officially play Skyrim on a new platform without having to buy it again. (Thanks Todd Howard!) But besides Skyrim, there are a lot more titles to look forward to. Several games from Bethesda’s many popular franchises are also on the way. Including Fallout 4, Rage 2, DOOM Eternal, Wolfenstein: The New Order, and Dishonored.

Not all games are playable via the cloud

All but 3 of the 20 titles will be playable via the cloud, meaning you can play these games on your Android smartphone or tablet anywhere you like. As long as you are connected to the Internet.

Of these games, the only ones not playable via the cloud are Morrowind, Oblivion, and Fallout: New Vegas. So you can enjoy all the other Bethesda titles added from the comfort of your own home or on the go.

Because Xbox Game Pass isn’t free, you can’t play these games without paying for them. You pay them in a roundabout way, but not directly and not just for a specific game. 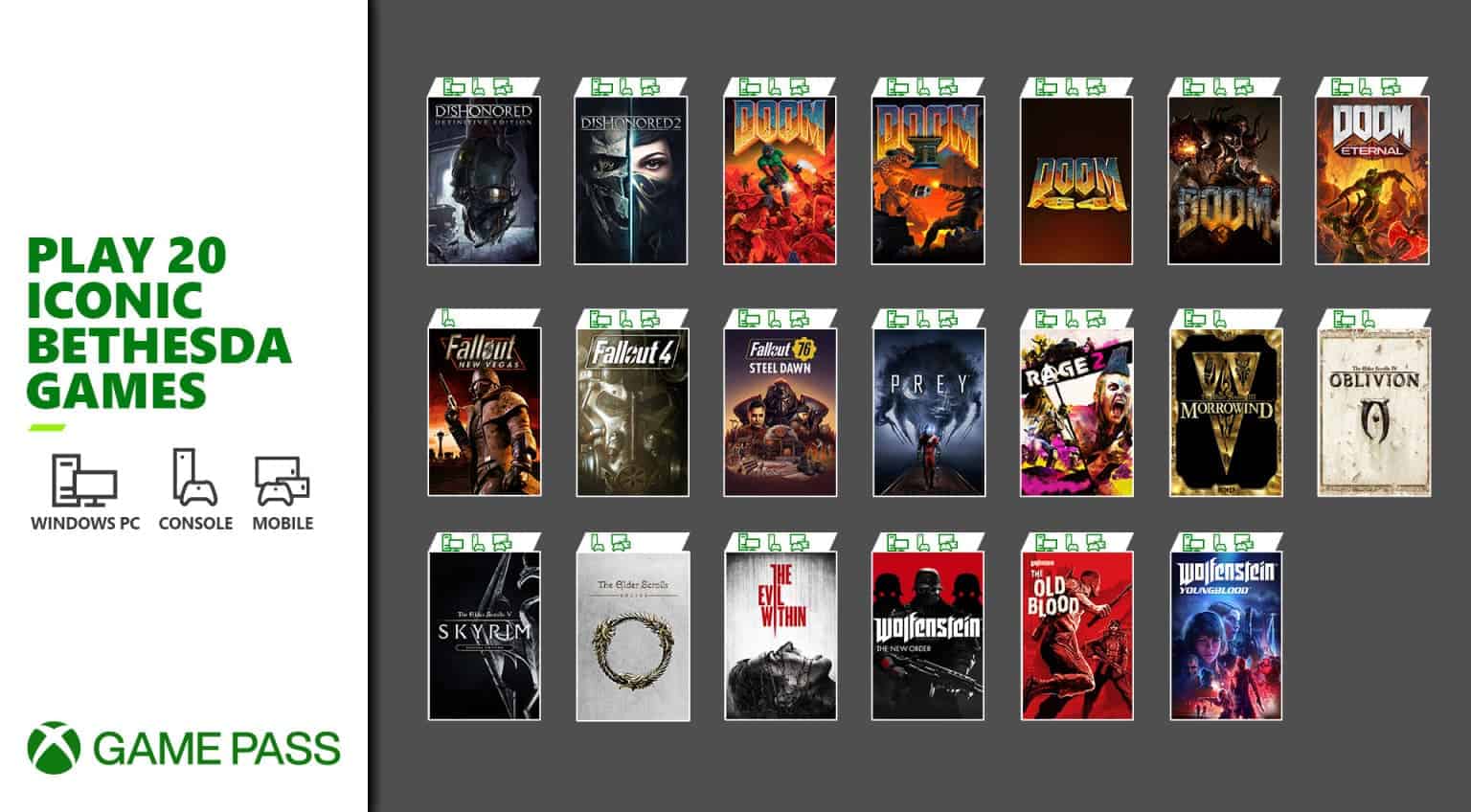