WhatsApp to enable migration of chat history to another phone number


WhatsApp users may soon be able to transfer their WhatsApp chat history to another phone number. The Facebook-owned mobile app will also bring many other improvements.

Migrating WhatsApp chat history from one phone to another can be a daunting task. A previous backup on the handset or cloud service is required if you want to restore your chats from a new installation of WhatsApp.

In addition, it must be from the same phone number and the same platform. You can restore Android backups only to Android, and iOS backups can only be restored to iOS.

It was recently announced that WhatsApp is working on a new feature that makes it easier to migrate chat from iOS to Android and vice versa. However, the WhatsApp chat history was still linked to your phone number.

Much to the delight of WhatsApp users, they may soon be able to transfer chat history to another phone number. This update was first reported by WABetaInfo.

True to its reputation for unveiling new WhatsApp features, WABetaInfo has released new screenshots of the tool coming soon. The site shared a “Transfer to another number?” link that should take you to a tool that would forward your chats and link them to a new phone number. 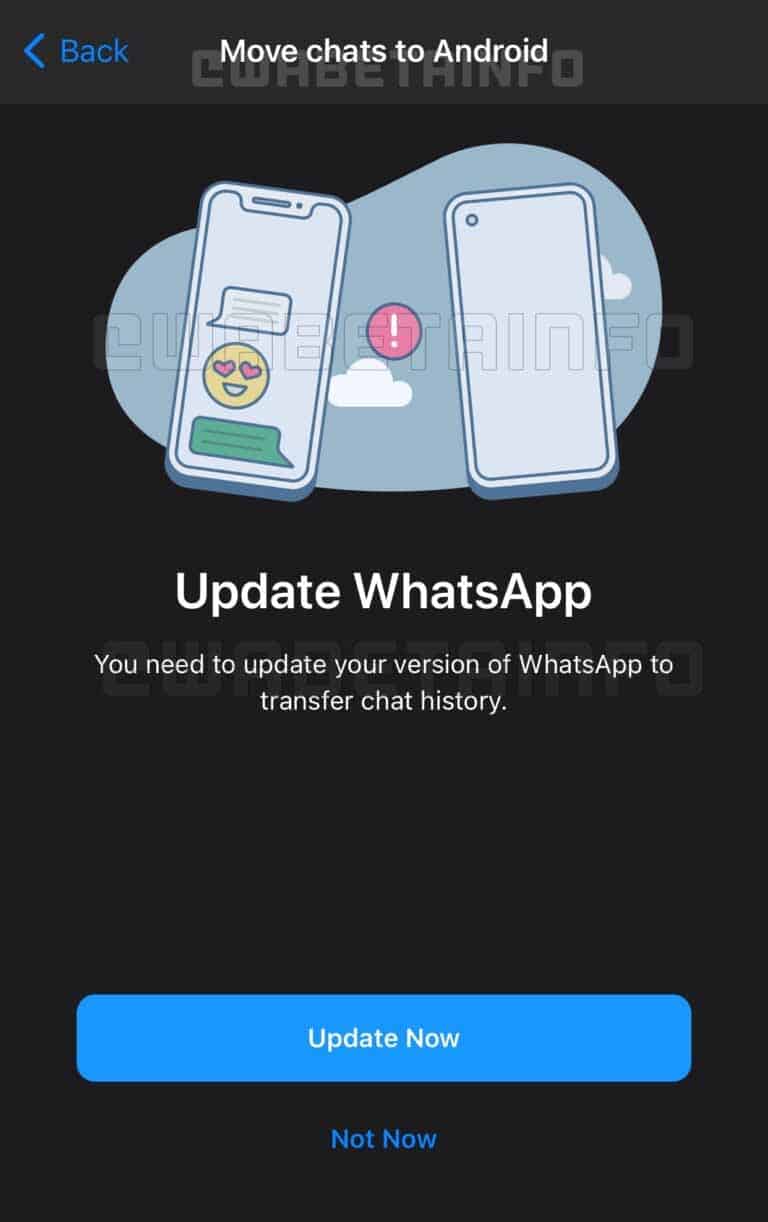 This is very useful for those who are switching to a new phone. The feature will allow you to keep your chats rather than creating a new one WhatsApp Account.

WhatsApp currently has a feature that allows you to change phone number without deleting chats. While this allows you to transfer your chats from one phone to another, the chats are only kept until the phone number change is complete on the same phone.

What do the screenshots reveal?

According to the site, WhatsApp was working on a myriad of other improvements that will be added to the feature ahead of its launch. However, the screenshots suggest several other things. 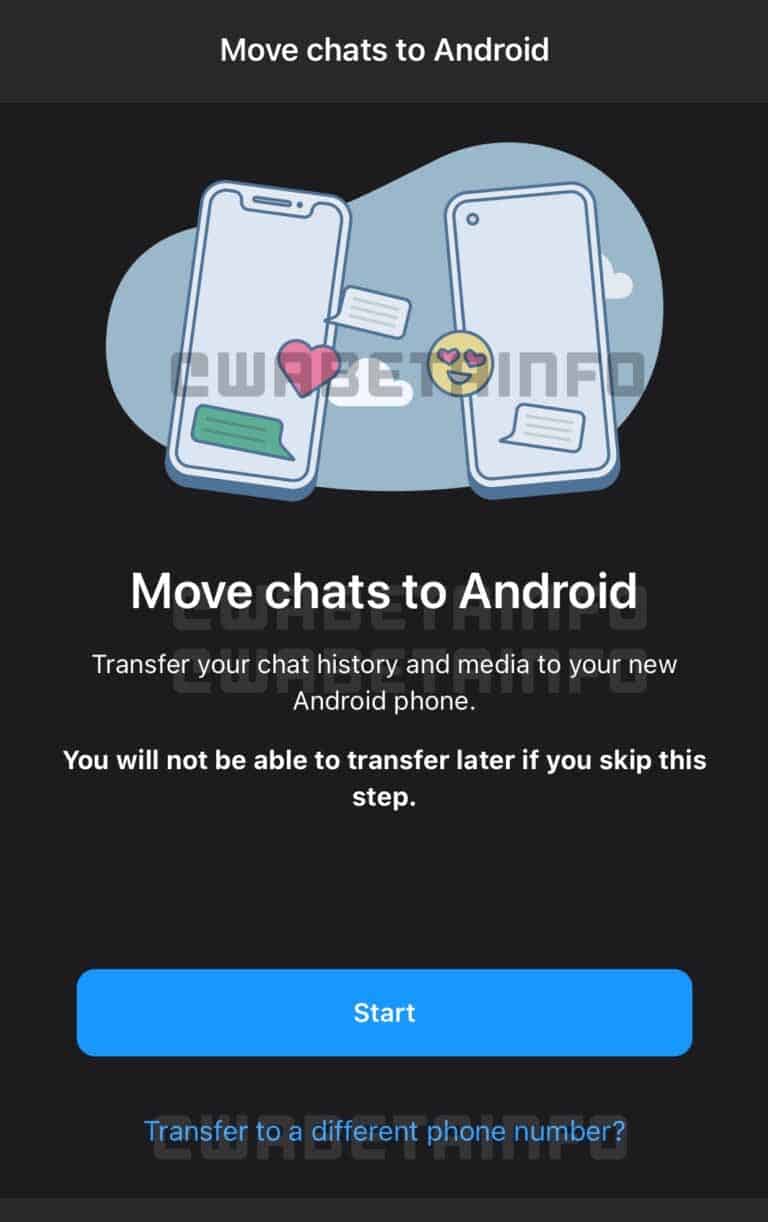 First of all, users will not be able to transfer their chat history at any time. This process can only be started after pairing a new Android phone with a WhatsApp account.

You don’t have to worry about migrating media separately to Android device. Your WhatsApp chat history will be fully migrated with media.

While no release date has yet been confirmed, WABetaInfo suggests that the new feature will be rolled out as part of a future update.