The results of a rather interesting study have been published online, courtesy of pCloud. This study revealed which applications are the most demanding, drain most of the battery and take up most of the storage space of your devices.

The study doesn’t mention a specific platform, so there’s a good chance it’s for iOS and Android. That being said, pCloud has shared several different infographics, showing the most demanding apps in different ways.

Let’s talk about the most demanding apps on your phone and memory, let’s go (picture under paragraph). The two main apps on this list are Fitbit and Verizon. pCloud claims that the two apps allow 14 of the 16 available features to run in the background and don’t allow a dark mode to help save battery.

These features are said to allow these apps to automatically sync updates, contacts, track your location, and perform other demanding background tasks. These two apps have a 92% score on the pCloud list.

Fitbit and Verizon are followed by Skype and Uber with a score of 87%, while BIGO Live, Facebook and Airbnb follow them with 82%. Instagram is in eighth place with 79%, while many apps are at 77%.

The next infographic shows the 20 most demanding applications. pCloud says this test is based on “a score of the amount of activity required by each app.” 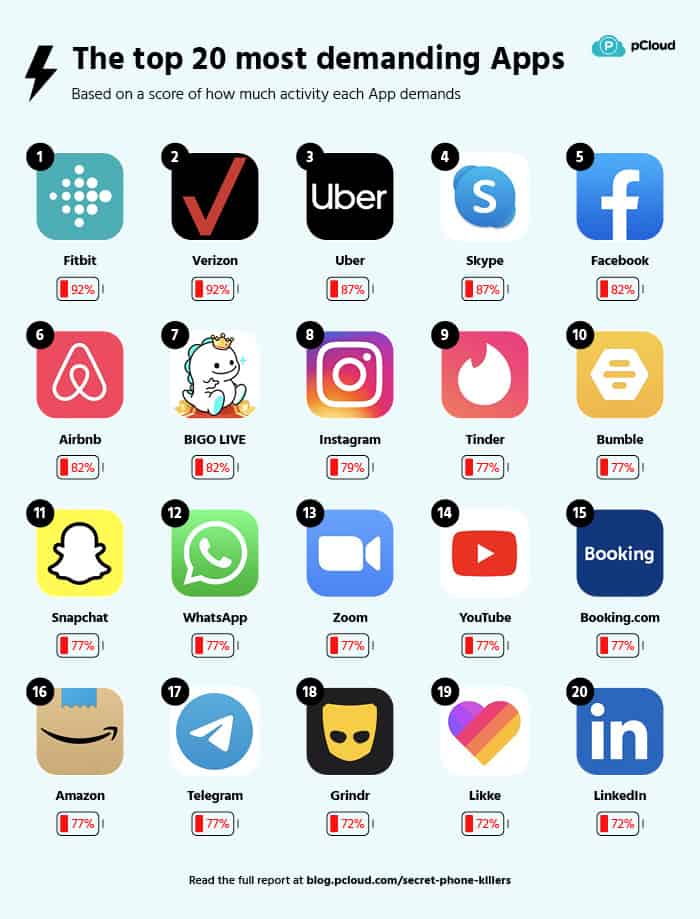 It is said that on average, Facebook, Instagram, Snapchat, YouTube, WhatsApp, and LinkedIn allow 11 additional features to run in the background. The source also says features like photos, WiFi, location and microphone all run in the background of apps that demand more of your phone and battery.

The third shared infographic (image below) shows that travel apps take up most of the storage space. Travel and transportation apps like United Airlines (437.8MB), Lyft (325.1MB), and Uber (299.6MB) take up some storage space. 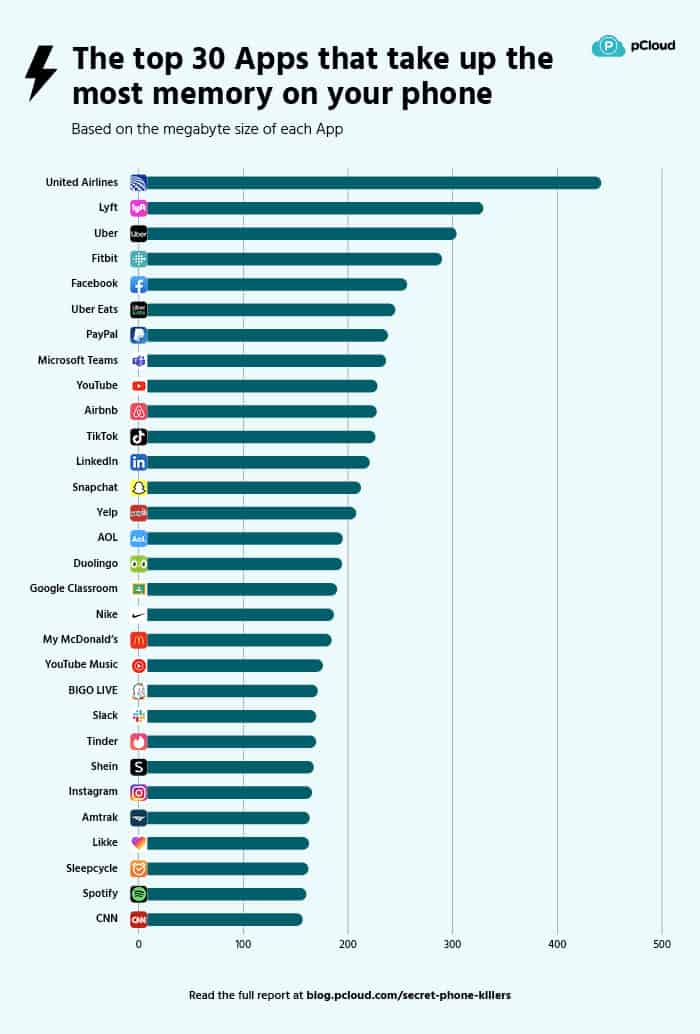