So you just picked up a ROG Phone 5 and you want to know how to configure AirTriggers and Aero Active Cooler 5 buttons, but you don’t know how to do all that.

It’s both a simple thing to do and yet not quite in the open. ASUS did make it quite easy to activate both the AirTriggers and the cooling buttons on the ROG Phone 5. But it also didn’t allow them to be enabled for games without going through a few things first.

There is an AirTriggers quick settings tile. But it is not to activate the game controls using these buttons. This little how-to guide will walk you through how to configure AirTriggers and AeroActive Cooler 5 buttons on ROG Phone 5. So you can start using them in any game you want.

How to activate AirTriggers on ROG Phone 5

If you want to activate AirTirggers, you must first decide what exactly you are trying to activate them for. Since this is a gaming phone and is primarily designed for use with mobile games, we’ll assume that your intention is to use it for gaming.

First, you’re going to want to launch the Armory Crate app on the phone and access some of the AirTriggers related settings on the ROG Phone 5.

Once the application is launched, go to the Console application tab. Which can be found in the bottom navigation bar.

Scroll to AirTriggers and tap it

Once you’re on the Console tab of the app, tap on the part that says Touch preferences and settings. This menu will house a number of different things that you can change regarding the AirTrigger buttons on the device.

The settings you are looking for are under the Ultrasonic Button Settings option. Tap this menu.

Here you will immediately see two toggle buttons to turn on or off. The first toggle allows visual feedback to be displayed during gameplay. Enable this option and each time you use an AirTrigger button, you will see visual feedback on the screen for the button to which these controls have been mapped.

The other rocker is for vibration feedback. And it allows you to feel the vibration every time you use the AirTriggers.

There are also settings to test the strength of the tap for each trigger and the positioning of each section of the double partition. Assuming you’ve configured dual partitioning for AirTirggers in the first place, or plan to do so at some point.

Now that you have everything you need, launch a game to access the game settings for AirTriggers on the ROG Phone 5.

Next, you will need to open the Game Genie tool to access the various features it provides for players. This will include things like the AeroActive Cooler 5’s fans, refresh rate, and of course AirTriggers.

Next, tap AirTriggers, which displays a handful of different things you can change. First, it might be a good idea to name the AirTrigger button mapping that you are about to configure. The Game Genie tool gives you a default name based on the game you’re setting things up in. But it’s not a bad idea to change the name to something else. Especially if you plan to set up multiple mapping profiles for the same game.

Once you have named the profile, you will need to press the button on the right. This will activate the AirTriggers, which overlap the on-screen buttons that correspond to each AirTrigger.

Remember earlier when we mentioned the double partitioning for AirTrigger buttons? Well, that’s where you set it up. In the Game Genie’s AirTriggers menu, once you activate the trigger buttons, a drop-down menu will appear for the left and right triggers.

If you tap on this drop-down list, you will see double partitioning as an option. And changing the trigger for it will allow you to configure two usable sections for each AirTrigger. Giving you two buttons on each side instead of one. This means that you can configure four buttons on the top and then activate the rear AirTriggers as well. And finally, ASUS says that you can also configure the rear buttons on the AeroActive Cooler 5. Although we haven’t tested using them all yet and we’re not sure how easily the rear AirTriggers are going to be affected. with the cooler fan attached.

Change the action by pressing the trigger

While in most cases you can set the trigger action to be a single tap, you can also set the touch action to simulate a macro as well. There are also options for auto-repeat taps.

Place the AirTrigger buttons on the corresponding controls of the game

The final step in configuring triggers is to place the virtual interactive elements on the screen for each trigger on the controls that you want to map to those triggers.

I placed the correct AirTrigger on my fire button. While the left trigger is on the button that handles squatting and lying down. But you can drag the buttons to be where you want. 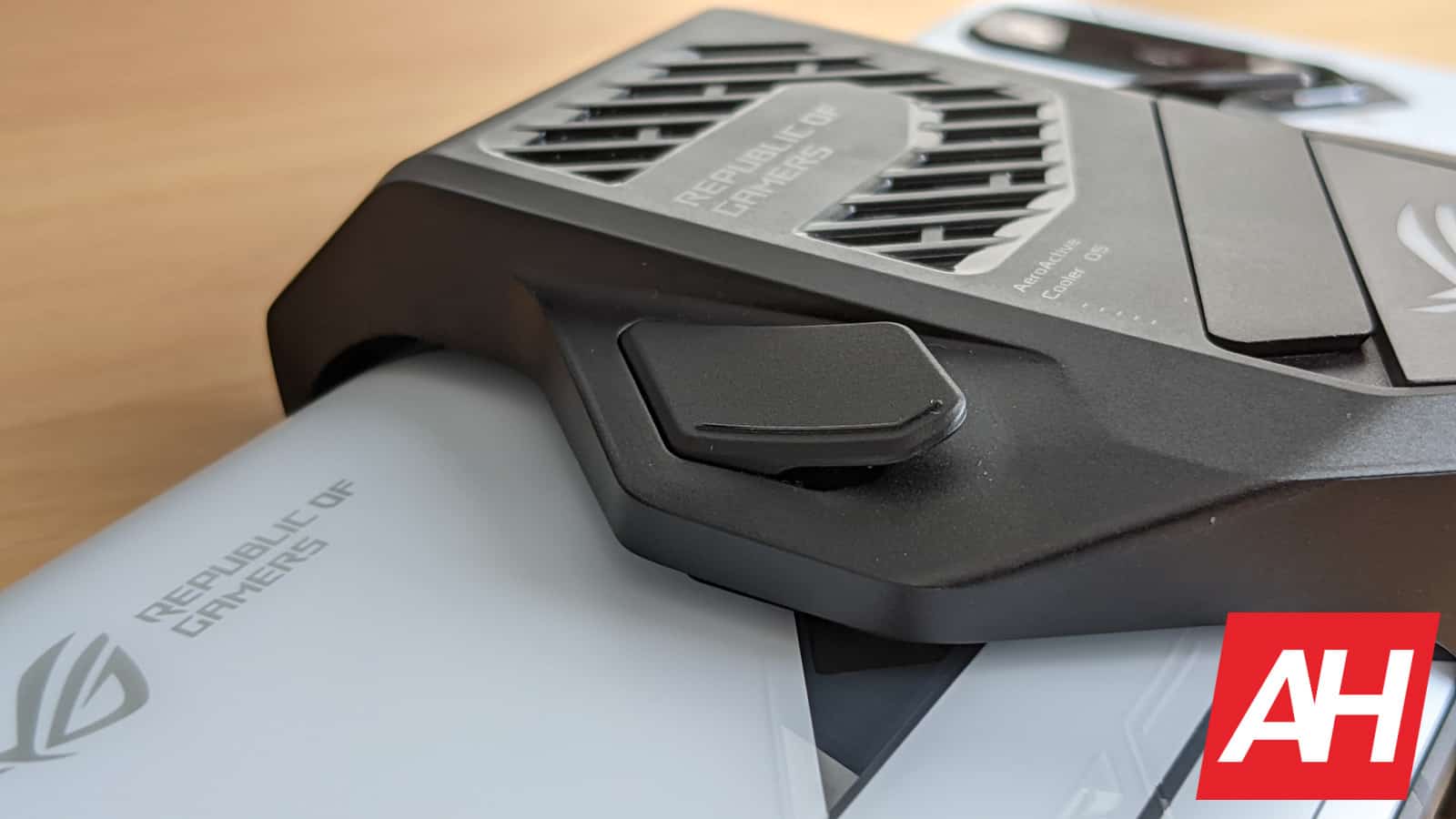 As you’ve probably guessed by now, the same set of steps as above can be used to configure the rear buttons of the AirTrigger and the buttons on the back of the AeroActive Cooler 5.