With Android 12, Google is pushing the Material You design the language through the system. One of the coolest features of this redesign is the ability to dynamically adapt and optimize UI colors to match your wallpaper. Announced at Google I / O 2021 alongside the release of Android 12 Beta 1 last month, Google support enabled for that dynamic UI re-coloring with Beta 2 earlier this week. It looks like the company is currently testing the new Material You theme in the Google Messages app.

A new update for Google Messages (version 8.2.042) is currently being rolled out on the Play Store. An APK teardown of the latest version of the app revealed the first clues to the new theme system. According to XDA, this feature also works on devices running Android 12 Beta 1.

According to the report, several elements of the Google Messages app user interface may already adapt and dynamically optimize colors to match your wallpaper. These include the search bar, floating action button, and category tabs if they are available to you.

If you’ve seen the Google Messages UI on Samsung Galaxy smartphones, you might have noticed that it’s a little different. The user interface is more user friendly with one hand. It’s not clear whether Google plans to bring this UI to Android phones from other OEMs or whether it will remain exclusive to Samsung Galaxies.

Along with the redesign of Material You, Android 12 also has a strong focus on the user-friendly one-handed user interface, perhaps taking inspiration from Samsung. So it shouldn’t come as a surprise that Google Messages and other Google apps are seeing a UI redesign soon. 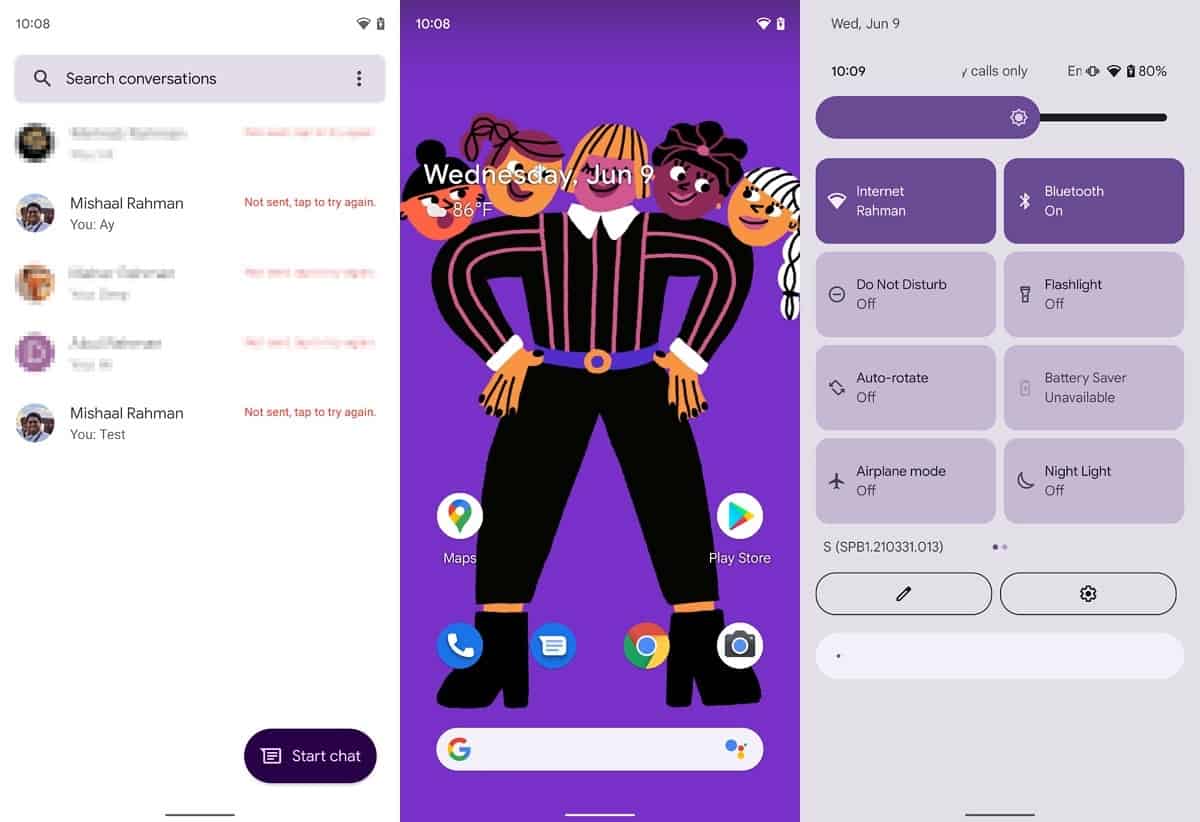 Google Messages adds support for Material You theme on Android 12

A few weeks ago, Google was spotted testing this wallpaper-based UI re-coloring on the Google Flux app. We knew this was part of the company’s larger Material You overhaul, which has become a flagship feature of Android 12. This change was intended to affect more proprietary Google apps, and it does. Google Messages is the latest to adopt the new theme system.

Note that this dynamic recoloring feature is not yet available on the latest version of Google Messages currently available for Android 11 devices on the Play Store. The latest beta of Google Messages on Android 12 does not yet dynamically process UI elements based on your wallpaper. The functionality is therefore still in the internal testing phase. However, it shouldn’t take long for Google to roll it out on the beta channel. We will notify you when this happens.