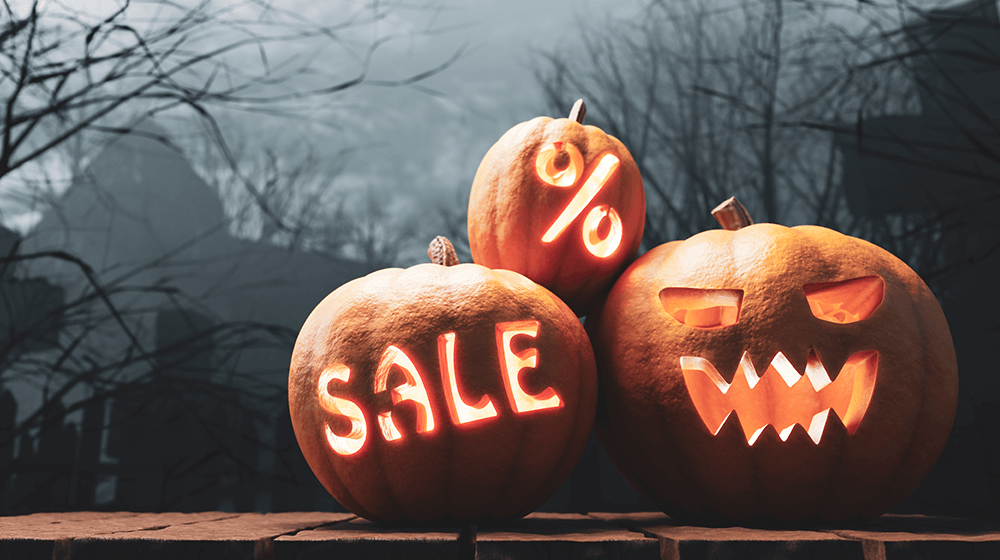 Halloween is a spooky yet festive season and for many the highlight of their fall. But Halloween isn’t all about ghosts, goblins, trick or treating and jack-o’-lanterns. The Halloween season is also a prime opportunity for a successful marketing campaign. Halloween advertising is a great way to engage target audiences and boost sales ahead of the pivotal holiday shopping season.

Halloween isn’t just for kids. The holiday is now a commercialized season in which potential customers of all ages actively participate each year. Even a small business benefits from marketing with a Halloween theme, including gaining the following advantages:

Will you be dressing up for Halloween to take advantage of trick-or-treat season? No matter how you spend Halloween night, you can take the opportunity to advertise your brand during the Halloween season. Since almost 70% of American adults spend money on Halloween costumes, it’s only natural for brands to advertise their festive outfits. Check out some of the best Halloween campaigns that advertise some sort of costume. 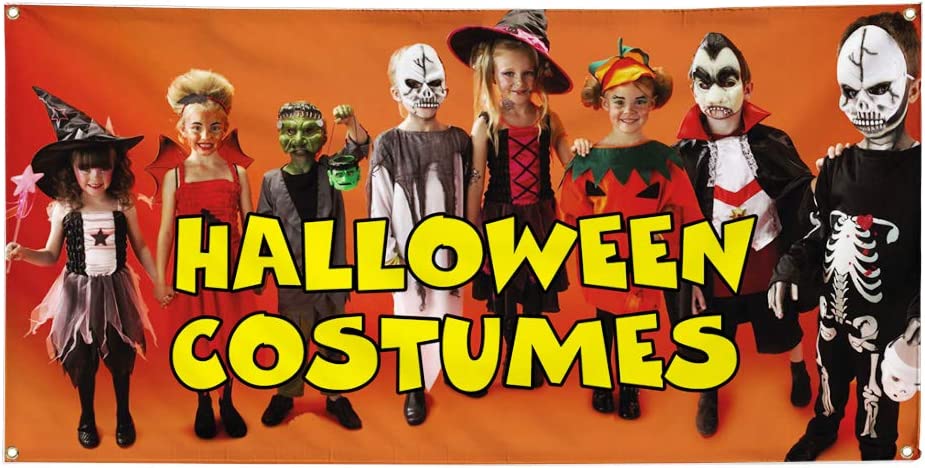 Does your store sell Halloween costumes, but you aren’t sure how to advertise them? Amazon offers this bold and festive banner in multiple sizes, and the adorable parade of costumed children is sure to attract passersby of any establishment. 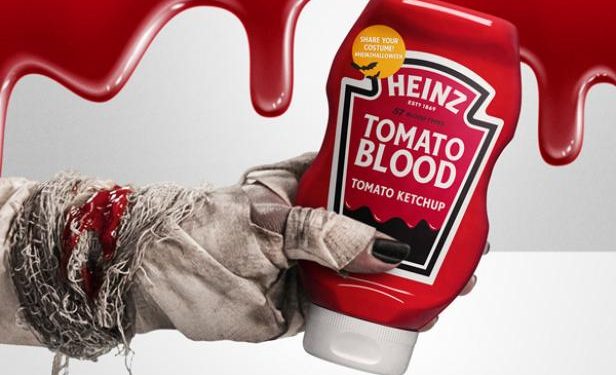 While ketchup might not exactly be a Halloween costume, it’s long served as effective fake blood for a vampire in a pinch. The brand focused on this phenomenon in one of its creative ads for the Halloween holiday season. 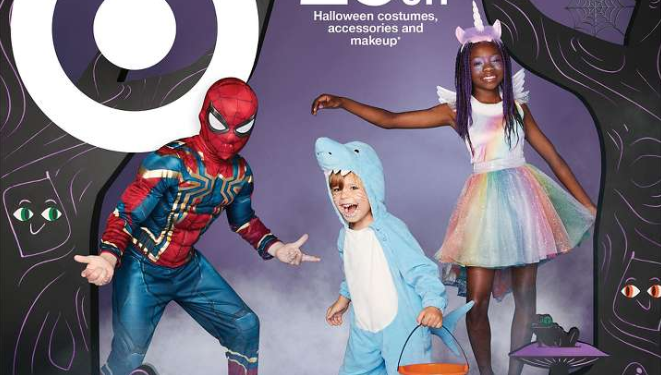 What would be a Halloween season without engaging Target weekly ads for colorful costumes? The retailer’s annual ad efforts equal increased sales for the brands and a smile-filled happy Halloween for everyone who sees them. 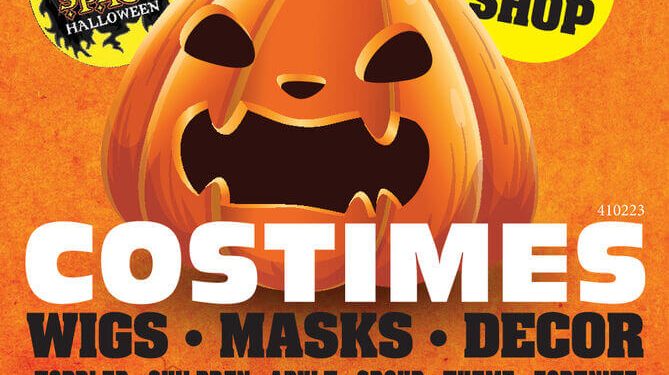 Each year, Spirit Halloween runs a major advertising campaign for the spooky season. It only makes sense since the Halloween retailer is a seasonal business, just as its name implies. In this scary but creative work, Spirit focuses on a Halloween pumpkin with bold, informative headings.

Many Americans rely on Goodwill as a source of affordable, fun and creative Halloween costumes. In 2008, Goodwill of Southern California initiated a Halloween marketing campaign featuring animated Halloween characters. Consumers paying close attention might notice that each monster reflects the “g” shape of the Goodwill logo.

There’s nothing new about Halloween marketing campaigns. Some of the industry’s most classic advertisements over the years came from October campaigns to recognize Halloween. Consider some of these awesome vintage Halloween advertising campaigns when seeking a good example for your small business. 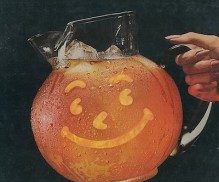 Whether it’s Halloween, Christmas or a random Tuesday, Kool-Aid is a fun beverage for both kids and adults. The classic brand published this creative advertisement featuring a Kool-Aid pitcher masquerading as a Halloween pumpkin in 1964. 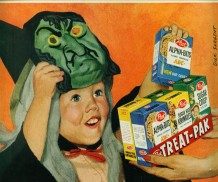 Hand out cereal instead of candy to help trick-or-treaters celebrate Halloween? Post cereal suggested this October surprise in this great example from 1959 of a spooky campaign that lasts through the years. The illustration of a cute kid donning a period costume makes it all the more endearing. 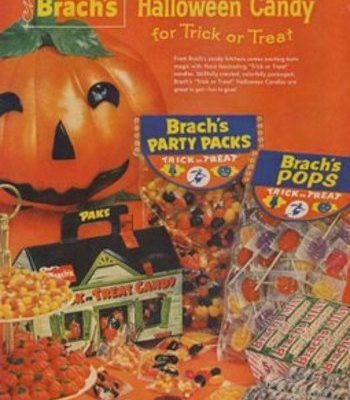 Ads for Halloween candy are nothing new to the Halloween retail industry. Once the reigning king of Halloween candy, Brach’s has produced plenty of holiday print and commercial ads over the years, including this example from 1958 featuring a Halloween pumpkin and an assortment of Brach’s most popular goodies. 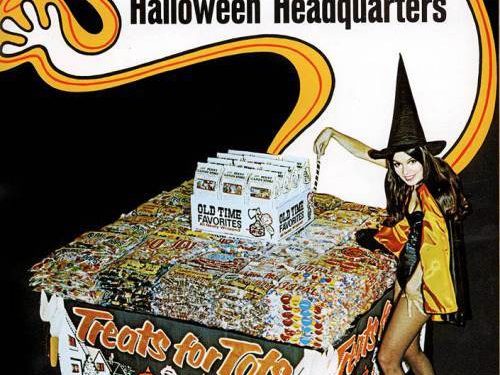 Leaf branded itself Halloween headquarters in this creative advertisement from 1970 featuring an attractive witch and a massive candy display touting “treats for tots.” You don’t have to wait for Halloween night to find the perfect time for some sweet treats. 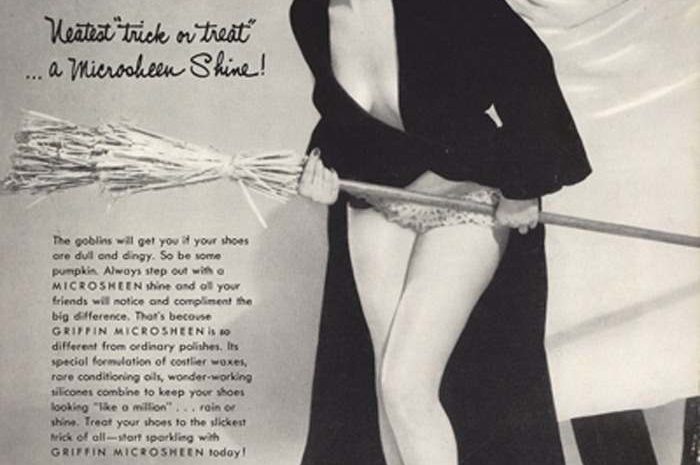 Looking for some extra shine on your Halloween shoes? Griffin promoted its microsheen shoe polish in this 1950s-era print advertisement featuring another sexy witch and a menacing headless figure. The perfect October campaign, the advertisement remained popular for many holidays.

What better way to celebrate Halloween than with some scary sweet treats? Candy is practically synonymous with Halloween, whether it’s from trick-or-treat time or just because. Looking for a candy marketing campaign that’s the perfect inspiration for candy brands? Consider the following ideas for a Halloween ad or commercial.

This popular Halloween marketing campaign from Reese’s reminded consumers of trick-or-treating on Halloween night and the thrill of getting candy in their favorite brands. An installment in a now-iconic Reese’s series of commercial videos, the ad was a highlight of the 2016 dark and spooky season. 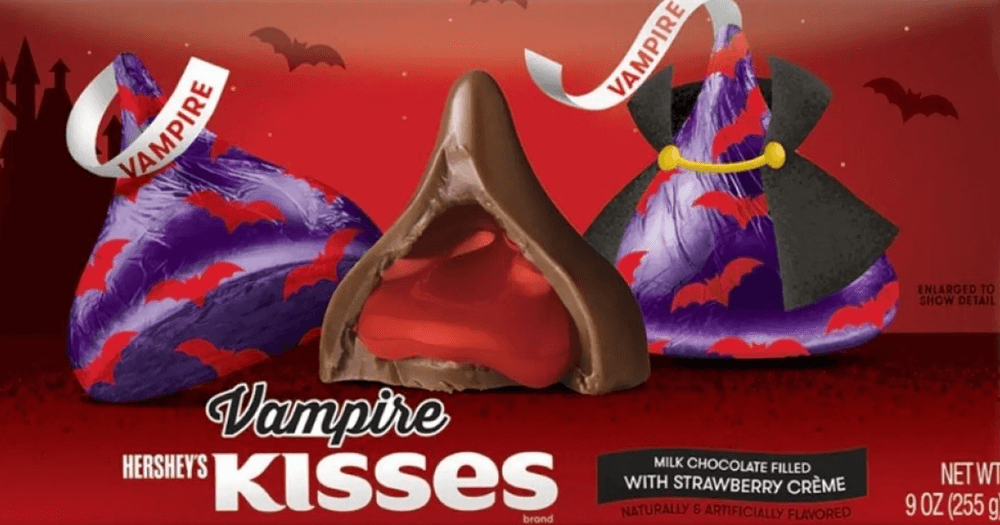 Always ready with at least one new campaign each Halloween season, Hershey’s didn’t disappoint with this ad for its seasonal Vampire Kisses. Not only does the ad offer ideas for the best Halloween advertising, but the candy company doesn’t miss with its version of a holiday promotion. 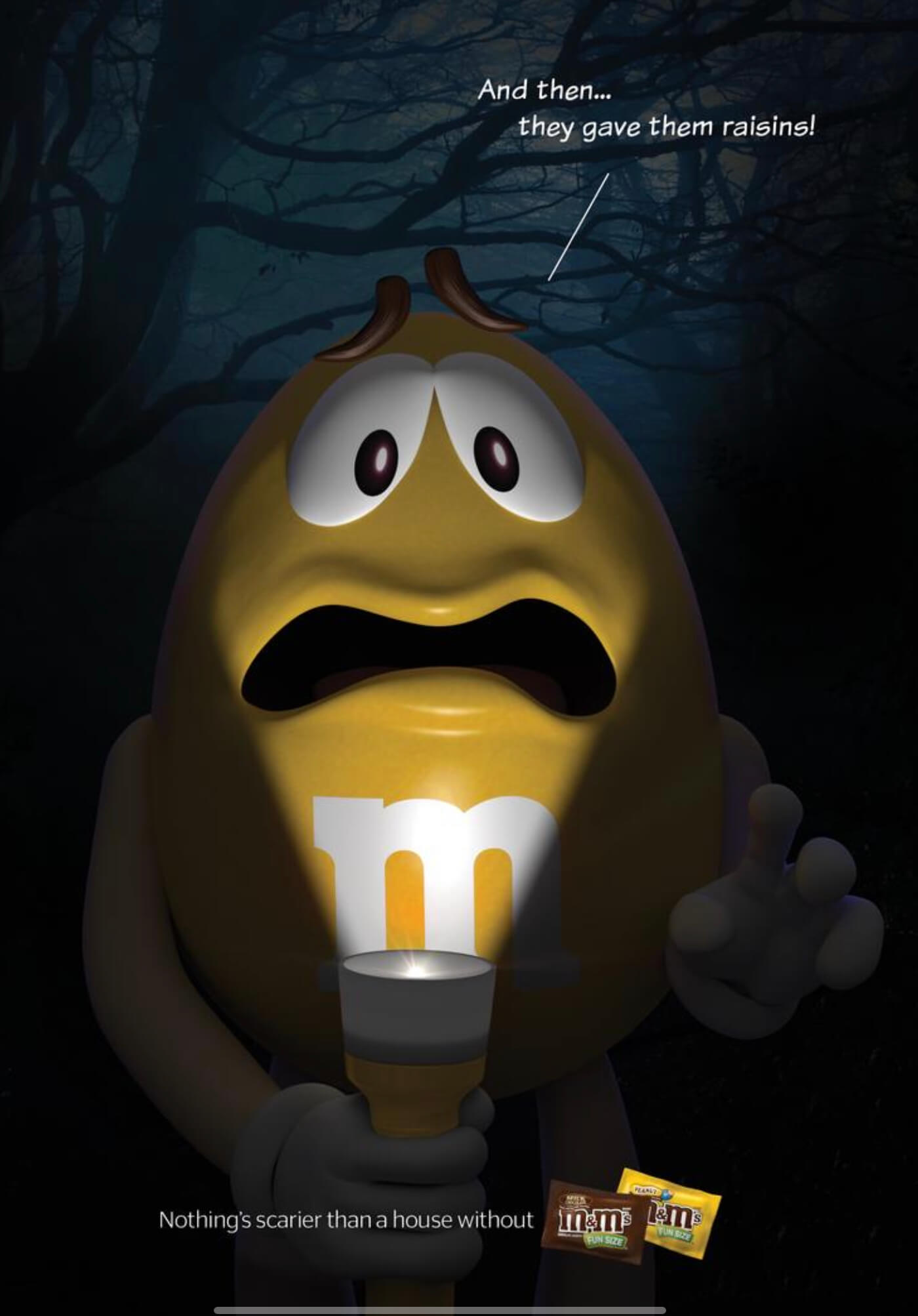 M&M’s doesn’t clown around when it comes to its Halloween advertising campaigns. What’s scarier to a trick-or-treater than getting healthy snacks in their candy buckets? In this now-famous ad spot, M&M’s reminds Halloween shoppers there’s really only one acceptable sweet treat in October, and it didn’t start life as a grape. 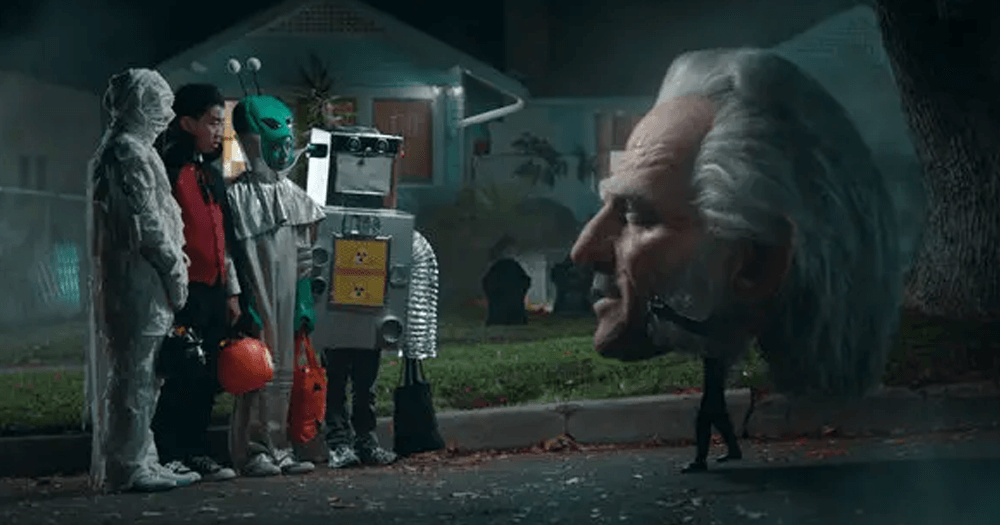 Called a new classic, the creative Snickers headless horseman Halloween commercial is one that audiences now eagerly await every year. Originally released in 2012, the ad features a hungry and confused headless horseman who encounters a group of trick-or-treaters.

Looking for inspiration for a Halloween campaign on social media platforms like Twitter and Facebook? Take note of this 2012 online ad for Cadbury’s Halloween-themed Screme Egg. The colorful graphics attract users’ eyes to the ad, and the post can be optimized for search.

Looking forward to celebrating Halloween with your customers using more than a promo code? You won’t disappoint by modeling your campaign off of one of these inspiring Halloween ads. 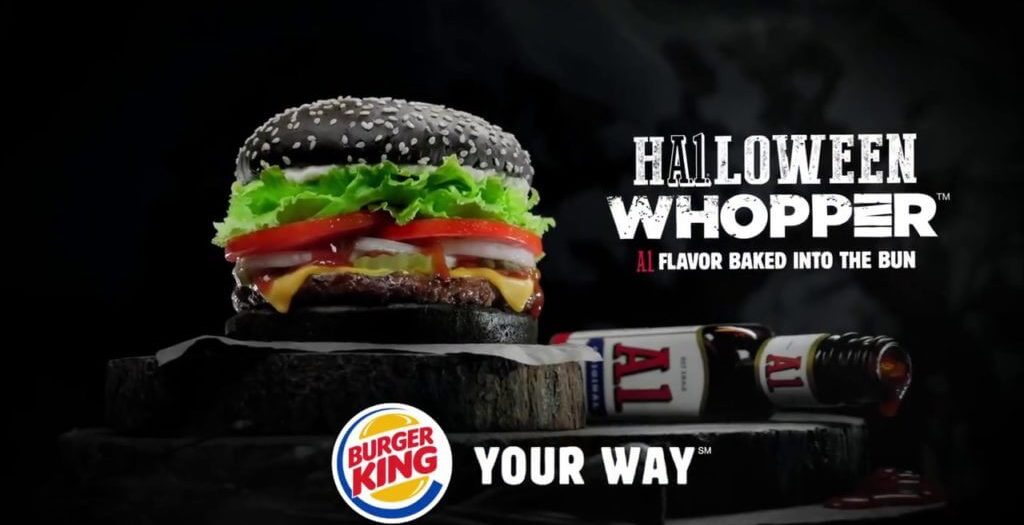 The world-famous fast food chain scored big when it launched its Halloween Whopper campaign in 2015, which featured more than print ads and commercials. In honor of the holiday, Burger King created a special version of its signature sandwich, including a barbecue-flavored black bun. 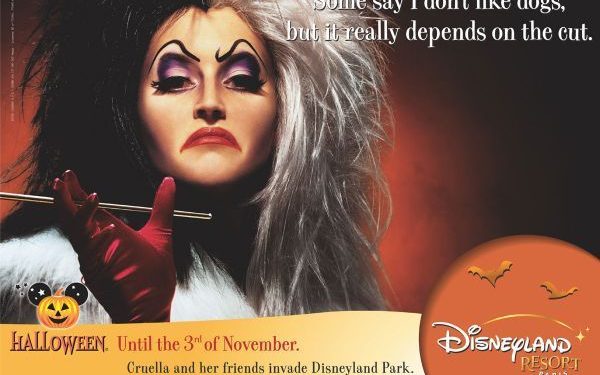 Disney also rarely disappoints when it comes to its Halloween-themed advertising promotions. In an adorable series of ads for the Disneyland Resort in Paris, the House of Mouse featured some of its most popular characters, including Cruella de Vil, Captain Hook and more. 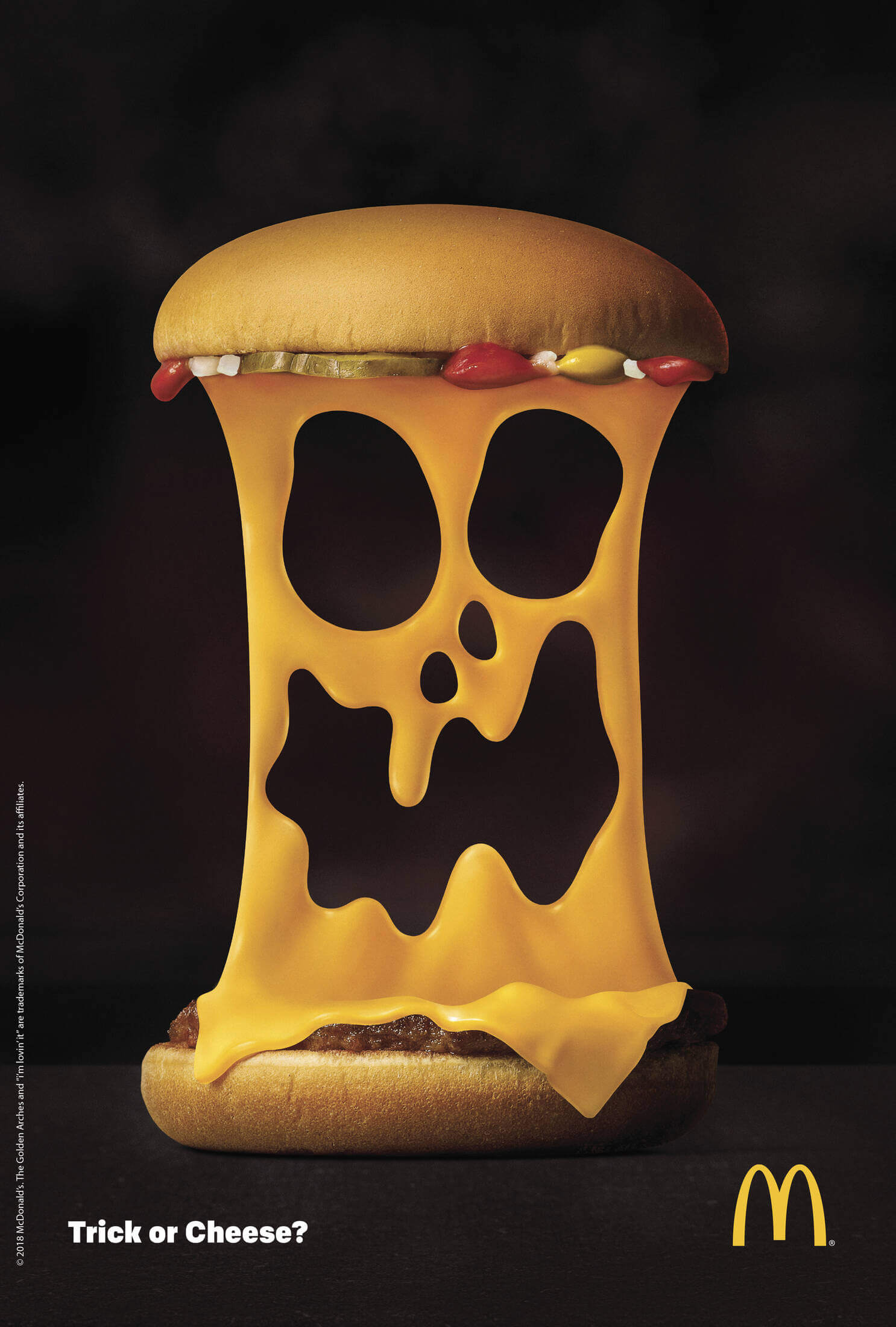 Another major company known for its original and creative Halloween advertisements, McDonald’s often transforms its famous menu items into themed characters. In this popular campaign released in Finland, a slide of melted cheese imitates a spooky Halloween face with the clever tagline, “Trick or Cheese?” 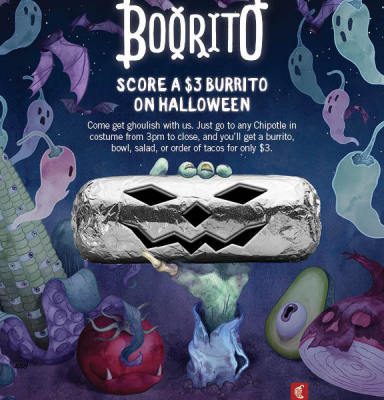 Chipotle celebrates Halloween with a celebration known as Boorito. It might not be free burritos, but customers who visit Chipotle in costume on Halloween are treated to a $3 burrito. The ads for the festivities also serve as eye-catching ideas for your own Halloween campaigns. 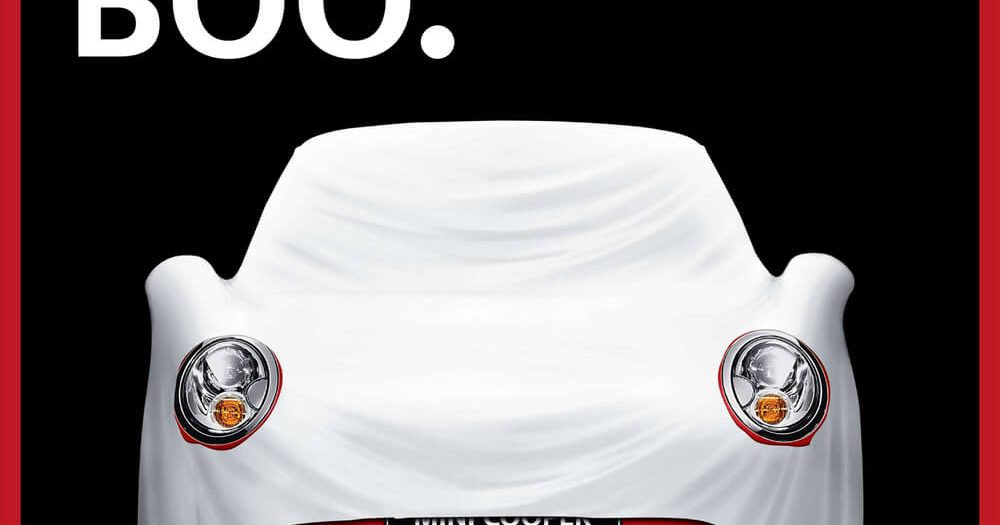 As part of Mini Cooper’s October promotional push, the motor vehicle brand dazzled its customers with a striking Halloween ad. The 2009 posters came in two varieties, a car donning a white sheet to resemble a ghost costume and another lit up like a jack-o’-lantern.

What is the Best Form of Marketing for Halloween?

The best form of marketing for Halloween is through social media. Halloween campaigns on social media platforms like Instagram, TikTok and Twitter reach a massive audience across all demographics. Plus, social media campaigns can be optimized with keywords and hashtags for an even greater reach. In fact, the hashtag #Halloween2020 once was featured in almost 964,000 posts, resulting in 5.5 billion impressions.

How Do You Make a Catchy Halloween Advert?

How can you master your Halloween advertising and create a catchy holiday advert that boosts sales? As the above Halloween ad examples demonstrate, there’s no single recipe for a successful design. Famous brands create ads with bright colors that feature Halloween standbys like costumes and candy in their advertisement designs. Many highlight their products by integrating Halloween characters, and Halloween-themed puns are popular holiday slogans.

Qualify for discounts, special offers and more with a Business Prime account from Amazon. You can create a FREE account to get started today.

This article, “20 Halloween Ads to Inspire Your Own” was first published on Small Business Trends