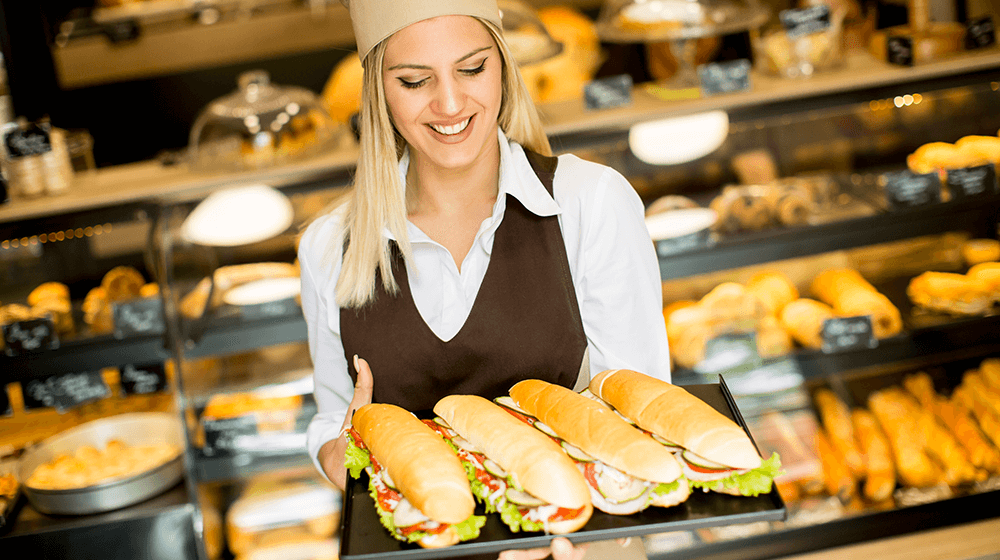 If you’re in the market for a franchise system that sells sandwiches, there are plenty of options to choose from. With such a variety of choices, there’s something for everyone.

In this article, we’ll discuss 20 of the best sandwich franchises to open up shop. So which one is right for you? Read on to find out!

What Are Sub Sandwich Franchises?

These franchises are some of the most popular fast food chains in the restaurant industry worldwide. They offer a variety of sandwiches, including submarine sandwiches, grilled sandwiches, wraps, and salads.

Most franchises have a similar business model offering customers a choice of meat, cheese, and toppings assembled on a fresh bun or roll.

Why You Should Consider a Sandwich Franchise?

The sandwich chain is a great way to get into the food business. Here are five reasons why you should consider starting your own sandwich shop franchise in 2022:

Do you want to offer cold sandwiches, hot sandwiches, or specialty sandwiches? Will you offer sides like potato salad?

Whatever you want to offer, you’re sure to find the right opportunity in our list below:

If you’re looking for a tasty and affordable franchise, Firehouse Subs, which began franchising in 1995, is a great option. They offer delicious carryout-style sandwiches with a unique hook – all of their meats and cheeses are steamed before being placed on the freshly baked bread.

With an initial single-unit Firehouse subs franchise fee of only $20,000 and an average total cost of $412,731, it’s a relatively affordable option. Plus, you’ll need liquid cash of at least $100,000 to qualify. Other fees include a 6% royalty fee on sales and an advertising fee of 3-5% of sales.

Opening this franchise can be a very lucrative decision. It’s home to Lebanese-style pita sandwiches and began franchising in 1995.

Third on our list of franchise opportunities is Jimmy John’s, which was started by Jimmy John Liautaud in 1983. He was 19 at the time and borrowed $20,000 from his dad to start the company.

The initial franchise fee is $25,000 per restaurant, and royalties are 2%-8% of sales (depending on sales volume). There is also a national advertising fee of 2% and local marketing co-op fees that vary by market.

Opening a Togo’s Sandwiches franchise will require an initial investment of between $231,500 and $476,500. This includes the franchise fee of $30,000. You will also be responsible for a 3% marketing fund contribution and a 5% royalty fee based on gross sales.

Which Wich is a sandwich chain that was founded in Dallas, Texas in 2003. Guests write their orders on sandwich bags that have menus printed on them.

To start a franchise with Which Wich, you must have $150,000 in liquid assets and a total net worth of $250,000. The total cost per unit varies depending on the size and scope of different markets and locations.

Want to open a McAlister’s Deli franchise? Get ready for a tasty investment. McAlister’s average net sales for the fiscal year 2021 were $1,865,861.

Let’s continue with our list by looking at one of the top sandwich franchises around:

Opening a Subway isn’t overly complicated, but it does require some initial investment. The good news is that the total investment needed to open a subway franchise isn’t too high, starting at just $116,000.

The franchise fee isn’t bad either at $15,000. As for other fees, you’ll be looking at paying 8% of your weekly sales in royalties to Subway, as well as 4.5% of your sales in advertising fees.

Jersey Mike’s Subs is a great option for anyone looking to open a well-known franchise. The initial franchise fee is $18,500 and the total investment ranges from $144,668 to $786,233. The company has a great reputation and strong brand recognition.

Potbelly is located in about 90 cities across the country. To open a Potbelly franchise, you’ll need a passion for great food, people skills, and about $565,000+ including a $40,000 franchise fee.

Capriotti’s is an award-winning shop that’s won a Top 50 Franchises award. Opening a Capriotti’s will run you about $40,000 in franchise fees alone.

The minimum net worth required is $1 million with a minimum of $300,000 in liquid capital.

How to Choose the Best Chain to Set Up Sub Franchises?

There are a lot of great franchises in the sandwich industry, but how do you choose the right one for you?

Here are four things to consider to help you choose one of the best sandwich franchises:

How long has the franchise been in business? What is its track record for success? These are important factors to consider when choosing a franchise.

Is the franchise a good fit for your goals and skillset? Do you have the necessary resources to make it successful? Make sure to do your research and understand the franchise’s business model before making a decision.

Where is the franchise located? Consider the demographics of the area and whether there is growth potential. Also, be sure to visit the location and meet with the franchise owner to get a feel for the community.

Does the franchisor offer ongoing support? What kind of training and development opportunities are available? These are important factors to consider when choosing a franchise.

What Is the Largest Sandwich Franchise?

How Much Does it Cost to Open a Sub Sandwich Franchise?

The cost of opening a sub-franchise depends on the franchisor and the location. Some franchisors require as much as $2.1 million, including a franchise fee. Each franchise has its own costs to start and run, royalty fees, ad fees, etc. So do your research before making a decision.

Is Owning a Sandwich Shop Profitable?

Yes, owning one can be profitable. However, this will depend on several factors, such as the franchisor, the location, and your own business acumen. Your marketing and management skills will also play a role in your success.