Unless you’re Rip Van Winkle or the North Pond Hermit, we’re willing to bet you’ve heard the word “Roblox” floating around in the past few years. With over 52 million daily active users, the social gaming platform has taken the internet by storm, leaving us intrigued. But what is Roblox, exactly?

A key thing to know about Roblox up-front? The kids love it. According to a recent earnings presentation, over half of Roblox users are under the age of 13.

But even if you’re not among the platform’s core demographic, you should understand what Roblox is and why it’s such a big deal for kids, grown-ups, and brands alike.

We’ve got answers to all your Roblox-related questions, even the ones you’ve been too afraid to ask the teenager in your life.

Download the full Social Trends report to get an in-depth analysis of the data you need to prioritize and plan your social strategy in 2022.

Roblox is an app that allows users to play a wide variety of games, create games, and chat with others online. It combines gaming, social media, and social commerce. Billing itself as the “ultimate virtual universe,” Roblox experiences are places where users can socialize, build their own spaces, and even earn and spend virtual money.

Games on Roblox are officially called “experiences” which fall into a variety of genres. Users can dabble in games tagged as roleplay, adventure, fighting, obby (obstacle courses), tycoon, simulator, and more.

Many of the most popular games on the app, including Adopt Me! And Brookhaven RP, fall into the roleplay category. These are less games and more virtual hangouts. Millennials, think of them like Gen Z’s version of Club Penguin. Other categories focus more on agility, strategy, or skill.

Though the platform itself is free, users can make purchases within each experience. A portion of the sales (about 28 cents per dollar spent) goes back to the game’s creator. That means brands and makers of all ages can earn money if the games they build become popular. It really takes user-generated content to a whole new level.

Need proof? Jailbreak, one of the platform’s most popular games, was built by teenager Alex Balfanz, who paid for his college degree entirely with his Roblox earnings. Serial game developer Alex Hicks earned over $1 million per year creating games for the platform, all before his 25th birthday.

Still not sure what Roblox actually does? If you don’t have a preteen around to guide you, we’d recommend giving it a try yourself. To get started, first create an account and then download the app on your phone or computer. Once you’re in, you’ll have access to millions of user-generated games.

If you want to make your own games, you’ll have to download Roblox Studio, the “immersive creative engine” that allows users to create their own games.

Still have questions? We know, it’s a lot to learn!

When was Roblox Made?

Roblox officially launched in September of 2006. It may come as a surprise to many that Roblox is older than Snapchat, Discord, and even Instagram! That’s because the platform took much longer to gain steam.

While Roblox co-founders David Baszucki and Erik Cassel officially debuted the platform over 15 years ago, it didn’t start to gain traction until about a decade in. And it really exploded in popularity during the COVID-19 pandemic, when its daily active user count surged by 40 percent.

How many people play Roblox?

The company reports that over 52 million people play Roblox online each day, up by 21% compared to last year.

Historically, Roblox catered mostly to teens and preteens, with its largest and most engaged demographic being 9- to 12-year-old males. 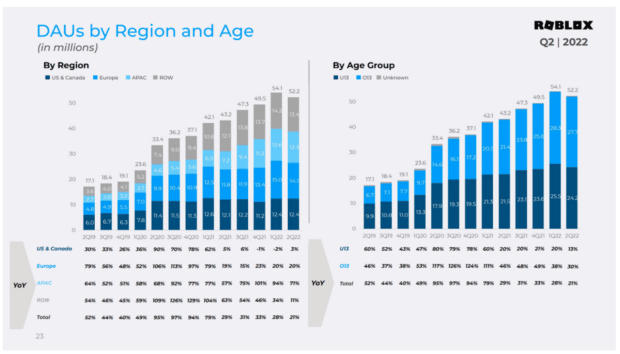 Yes, Roblox is free to download and most games on the platform are free to play. However, users can make purchases within games to buy upgrades, boosts, clothing, accessories, skins, and more.

In-game purchases are made with the platform’s virtual currency, Robux. These can be purchased with real money, won, or earned during gameplay. Users can also trade and sell items to other users in some games.

Who is the creator of Roblox?

Roblox was created by David Baszucki and Erik Cassel, two engineers who began working on the prototype for the platform in 2004. Cassel served as administrator and vice president of engineering until he died from cancer in 2013. Baszucki is now the CEO.

What is the most popular game in Roblox?

With over 40 million games and counting, how do you even know which Roblox experiences are worth your time? Starting with the most popular games in Roblox can help you get a feel for how millions of users interact with the app.

Right now, the most popular game in Roblox is Adopt Me! With over 29.4 billion visits and 24.7 million favorites. The roleplay game allows users to adopt and raise pets and animals, decorate their virtual homes, and interact with friends. 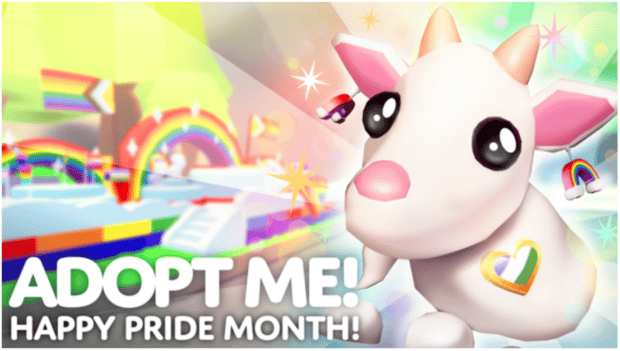 Download the full Social Trends report to get an in-depth analysis of the data you need to prioritize and plan your social strategy in 2022.

Get the full report now!

Is Roblox a social network?

Yes, Roblox is a social gaming network within the metaverse that allows users to make connections with strangers within the global community as well as people they know in real life.

According to the company, Roblox users send approximately 2.5 billion chat messages daily. The app allows users to send friend requests, exchange messages, and trade with other users within games.

Last year, Roblox rolled out Spatial Voice Chat, which allows users to talk with other players who are near them within games. Age-verified users who are 13 or older can opt into the voice chat function.

In addition to communicating with others, users can leverage the power of voting within the platform. Games can be upvoted, downvoted, followed, or favorited, which helps signal their quality and popularity to other users.

How to make a Roblox game

Interested in designing your own video game and potentially becoming Roblox famous? To do that, you first need to download Roblox Studio on your computer.

Next, you need to learn the basics of Roblox’s scripting language. The app uses a coding language called Lua that’s relatively easy to learn, making it a great way for young coders to understand the basics of video game development.

Roblox Studio offers a variety of templates that make it easy to start building your online game. Explore the templates, add your own components, and learn all about how video games are made. 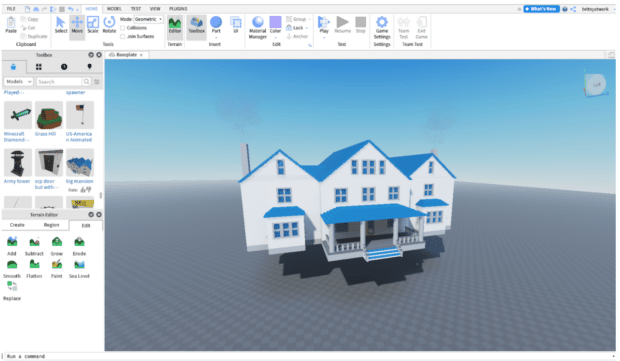 How brands are using Roblox

If you’re a savvy marketer looking for ways to reach a younger demographic, you might want to consider developing your own game on Roblox.

Branded games on the platform have the potential to go viral and earn brands big bucks. Just take it from Gucci, who made waves when a virtual version of one of its bags sold for over $4,000 on the app.

Brands including Clarks, Spotify, Chipotle, NARS, Gucci, Tommy Hilfiger, Nike, and Vans have built virtual experiences on Roblox , and the investment is proving worthwhile. Gucci’s Gucci Town has racked up nearly 33 million visits, while Chipotle’s Burrito Builder has over 17 million.

For inspiration on branded Roblox games, look to Spotify Island. The streaming service takes users on a virtual scavenger hunt where they can meet their favorite artists, play with sound, and collect special merch.

Nikeland is another noteworthy branded experience where nearly 20 million users go for sporty quests and to collect Nike gear for their avatars. 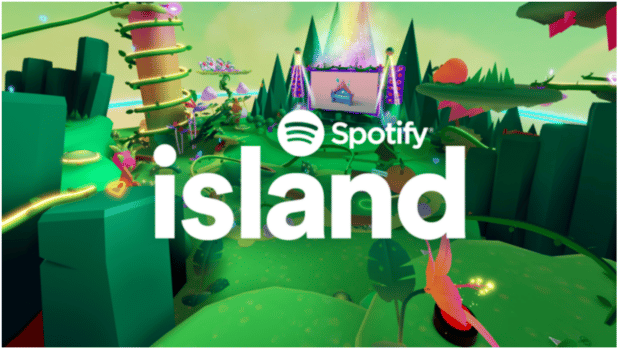 Is Roblox safe for kids?

If you’re a parent, you might be wondering whether Roblox is a safe space for your child. As with any social media platform, the app comes with risk of scams and bullying. In fact, critics have called out Roblox for failing to adequately protect kids on the app from harassment and abuse.

Roblox claims to automatically filter out inappropriate content from chat, but parents should exercise caution and teach their kids about online safety before letting them sign up for a Roblox account.

As a parent, you can restrict in-game chat, in-app purchasing, and access to certain games. You may also set a monthly spend allowance and turn on notifications that let you know anytime your child spends money in the app.

Short on time? Here’s the gist: Roblox is a platform that hosts more than 40 million user-generated experiences and lets users build their own from scratch. Within these experiences, users can play games, socialize with others, and earn and spend a virtual currency called Robux.

Save time managing your social media presence with Hootsuite. From a single dashboard you can publish and schedule posts, find relevant conversions, engage the audience, measure results, and more. Try it free today.

Do it better with Hootsuite, the all-in-one social media toolkit. Stay on top of things, grow, and beat the competition.

The post What is Roblox? Everything You Need to Know About the Social Gaming Platform appeared first on Social Media Marketing & Management Dashboard.

How To Create a Strong Social Media Advocacy Program

What is Reddit, and Should Your Brand Be Using It?

How To Find and Use Business-Friendly TikTok Sounds