Snapchat remains one of the most popular social media platforms in the world — and it can be a great tool for businesses looking to connect with their audiences in fun and engaging ways.

Numbers speak louder than words, though. Here are all the statistics you need to tell if Snapchat marketing is the right move for your business in 2022 and beyond.

As of Q4 2021, Snapchat had 319 million daily users. Just a year earlier, the numbers came in at 265 million. It’s a significant increase, and one that has remained steady year over year since the platform’s inception. That sort of growth means the base of customers a business can attract on the platform is also always growing.

2. It boasts over half a billion monthly users

Snapchat’s number of monthly active users is significantly higher than the daily count. In January 2022, 557 million people used Snapchat on a monthly basis, which made it the 12th most popular social media platform in the world. 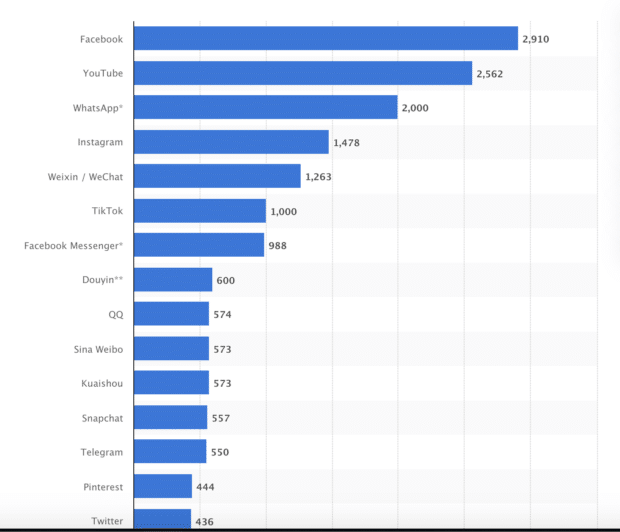 92 million of Snapchat’s daily users are located in North America. This makes the app a great tool for any business looking to make an impression in that region. The next largest demographic is in Europe, which has a reach of 78 million.

4. Snapchat still appeals mostly to people under the age of 35

Snapchat’s user base is still on the young side. Nearly 20% of the video messaging app’s users are between the ages of 18 and 24. Only 6.1% of male users and 11% of female users are older than 35. If your social media strategy is geared towards a Gen Z and young millennial audience, Snapchat is a great place to reach them. 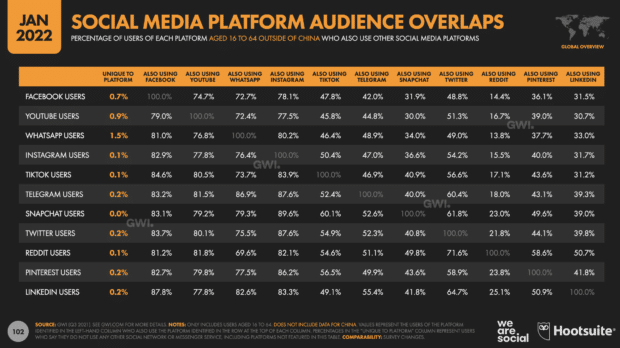 6. The average user spends 30 minutes in the app every day

Time spent in the app per day has increased since 2021 when it was reported at 27 minutes — even as more competitors emerged (looking at you, TikTok). And while 30 minutes a day might not seem like a lot, it’s only 3 minutes less than people spend on the current leader of the pack, Facebook.

The number of Snapchat users + the time they spend on the platform = opportunity for marketers!

AR functions are a major part of daily Snapchat usage. In an overview for investors, Snapchat claimed that over 200 million (or 63%) of the platform’s daily active users engage with augmented reality (AR) features, like filters, every day. A business that can incorporate AR into its strategy is going to have a head start on engaging users on Snapchat.

Learn how to create your own Snapchat lenses and filters in our beginner-friendly guide to Snapchat marketing.

Why does this matter to brands? Businesses advertising on the platform can select Snap Games as a placement for 6-second unskippable ads.

9. Snapchat’s users have over $4.4 trillion in “spending power”

When you have a user base as large as Snapchat’s, the total spending power is going to add up. These days, Snapchat users hold a whopping $4.4 trillion in global spending power. $1.9 of this is concentrated in North America alone.

10. Snapchat marketing has a great ROI

Lots of successful businesses have used Snapchat as a marketing and advertising platform and seen great ROI as a result. Snapchat lists travel app Hopper, hot sauce brand Truff, and clothing consignment app Depop among its most spectacular success stories.

According to the case study, “By introducing radius targeting to its strategy, Hopper was also able to cut its cost per install in half, and confidently scale its investment in Snapchat by 5x.” 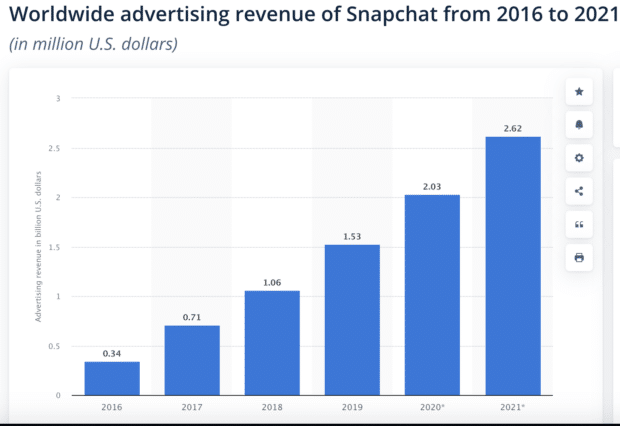 As previously noted, Gen Z and young millennials make up a significant portion of Snapchat’s user base. There’s a stereotype that Gen Z-ers have short attention spans, and Snapchat’s data doesn’t exactly disprove that. Statistics show that they spend less time than older generations looking at content on Snapchat — however, their recall (specifically in relation to advertising) is higher than that of other age groups.

Gen Z users display a 59% advertising recall after engaging with an advertisement for two seconds or less. It’s a big impression made with very little time. With such an impressionable audience, Snapchat ads are set up for success. 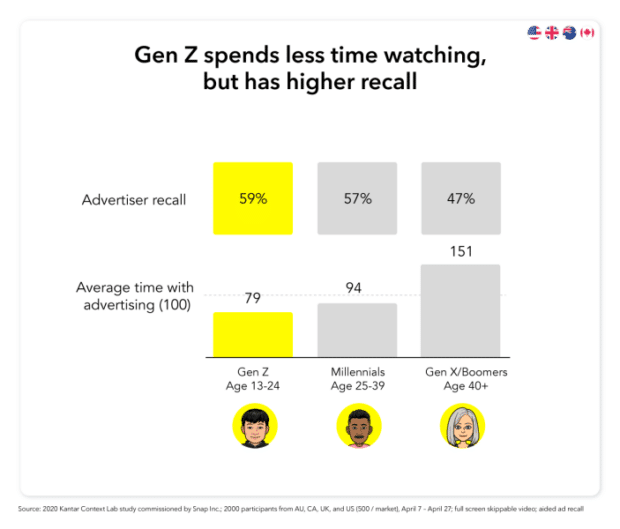 13. Ads are the most successful when they feature sound

There’s an option to view Snapchat photos and videos on mute, but statistics show that it’s not how most users engage with the app. 64% of users view ads on Snapchat with the sound on. Whether you’re including a catchy theme song or customer testimonies, it’s an important thing to keep in mind when planning your social media strategy.

14. India has the highest Snapchat advertising audience in the world

At 126 million eligible users, India leads the global Snapchat ad reach ranking. However, if we look at what percentage of a country’s population (over the age of 13) can be reached via Snapchat advertising, Saudi Arabia leads the chart at 72.2%. 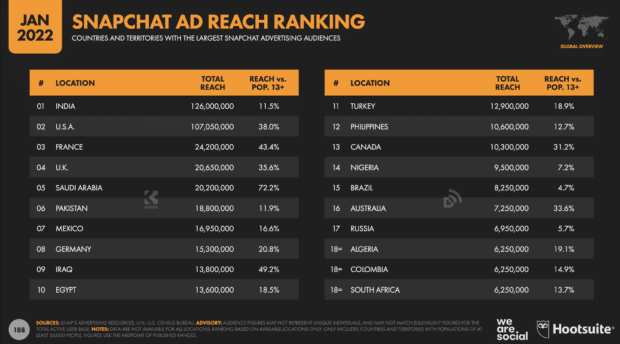 An interesting gender statistic comes in the 18-24 year old bracket, though. Women outnumber men in every age bracket except for this one. Men and women ages 18 to 24 are tied at 19.5% of the total user makeup in this demographic.

19 Apps for Instagram Stories That Will 10X Your Views

10 Best Social Media Scheduling Tools to Save Time in 2022