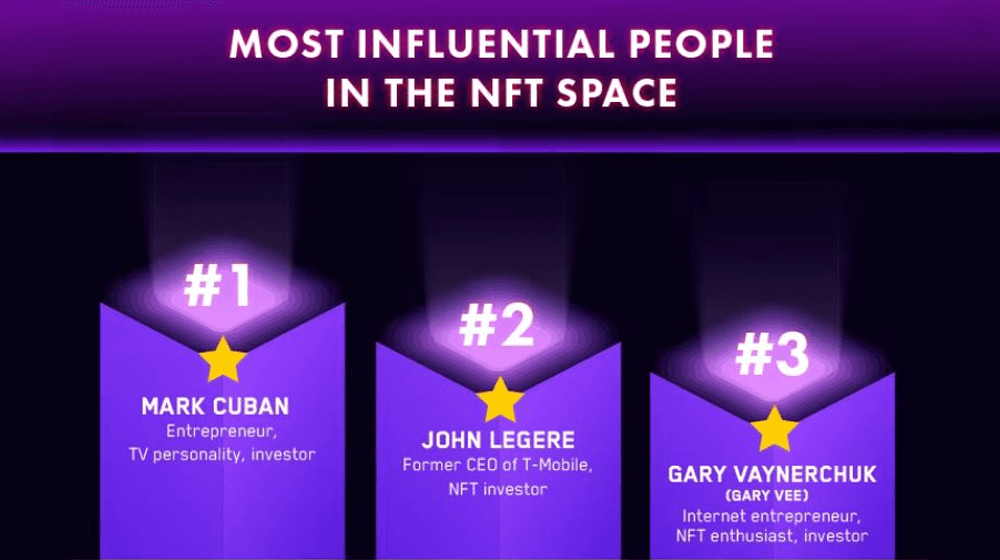 A new survey and report from Time2play reveal Mark Cuban, John Legere, and Gary Vaynerchuk (Gary Vee) are the top three most influential people in the NFT space.

Most Influential People in the NFT Space

The popularity of non-fungible tokens or NFTs is driven by many factors, including individuals that influence the popularity of the overall market as well as new drops. Like almost all things in today’s digital ecosystem, social channels play an important role. So, in addition to the survey of 971 NFT enthusiasts, Time2play also considered the social media channels of these influencers in the report.

The key takeaways from the report say Mark Cuban is the most influential person and most common go-to source for NFTs. Gary Vee follows with the largest social media following of major NFT influencers, but he is not the go-to person for news, advice, and updates. 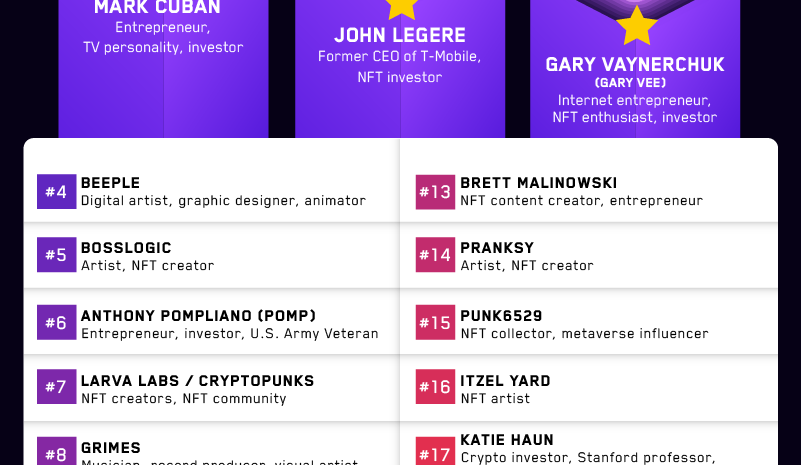 When it comes to the most recognizable name among NFT creators/influencers Beeple and Larva Labs, are on top. And the Binance NFT Marketplace was the favorite place to shop for NFTs among enthusiasts, according to this survey.

The report clearly differentiates popularity and trust, which are two very different criteria. And being the most popular doesn’t necessarily mean the person is the most trusted. A case in point is Gary Vee. He is the most followed NFT influencer on social media. However, when it comes to NFT influencers that enthusiasts followed most closely for advice and news he ranked 20th.

The NFT market is populated with millions of collections. Finding the ones that will become the next CryptoPunks or Bored Ape Yacht Club is no easy task. So, the survey also asked which one of the influencers do they trust more for news, advice, and updates? And by the way, the report says social media following doesn’t necessarily translate to trust in the NFT space. 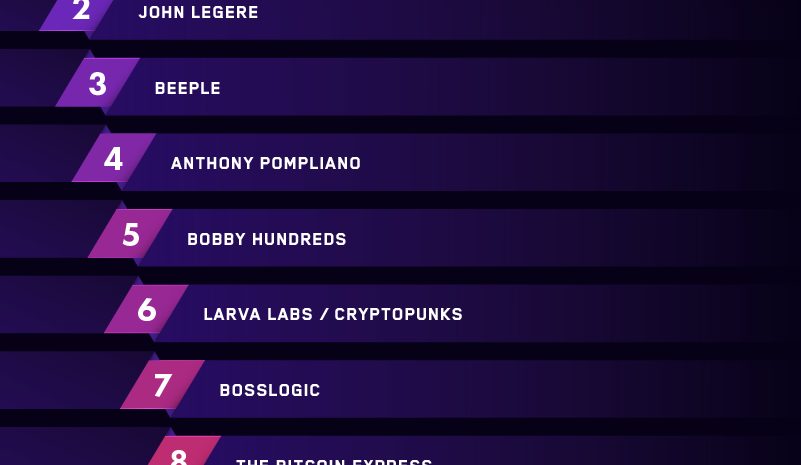 The Growth of NFT

If you are looking to buy or create NFTs, the time is now. If you want to buy an NFT make sure to get in as early as possible to find the best deals. And if you are going to create your own collection, create something you are passionate about.

Copying other collections is not a recipe for success as proven by the millions of collections that are just flailing in NFT markets without any buyers.

This article, “The Most Influential People in the NFT Space” was first published on Small Business Trends

More Small Businesses Eligible for Disaster Relief Due to Drought

The State of the Creator Economy is Thriving