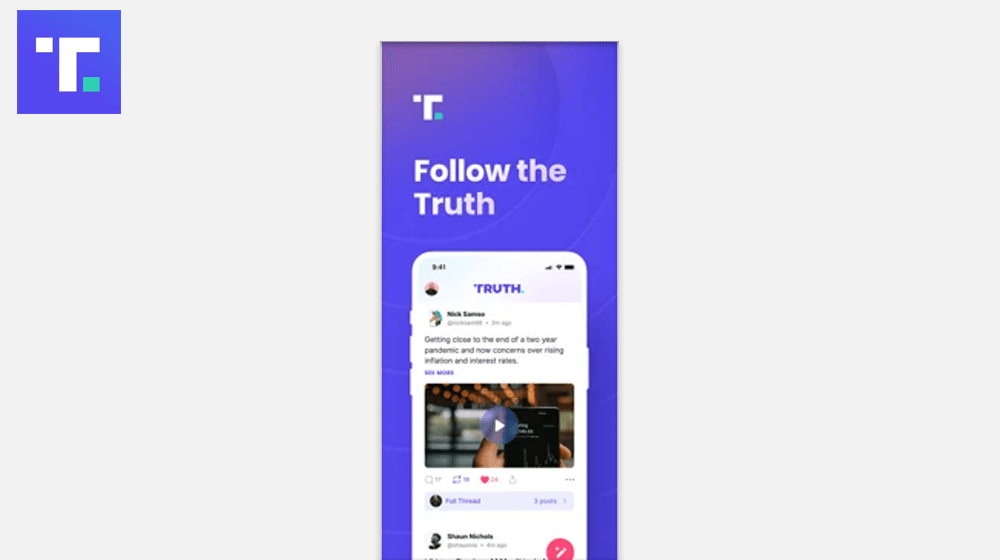 As the country celebrates Presidents Day, former President Donald J. Trump has officially launched his Truth Social app on Apple’s App Store. The goal is to give users of any political affiliation the freedom to speak their mind without any censorship.

On Monday morning, just hours after its official launch, it was the top download on the App Store. However, some users are having trouble setting up their account.

According to Trump Media & Technology Group (TMTG) Chief Executive Devin Nunes, “This week we will begin to roll out on the Apple App Store.” However, he went on to say, the company’s goal is to be fully operational by the end of March on “Sunday Morning Futures with Maria Bartiromo” on Fox News.

Truth Social says it is implementing a “Big Tent” approach for its platform is for everyone, whether they are conservative, liberal, libertarian, or a-political to share different viewpoints on the world.

Time for some Truth!!! pic.twitter.com/jvyteDb5gW

Trump is apparently using the same handle on his own site that he’s used on his banned Twitter account, @realDonaldTrump. His first message reads, “Get Ready! Your favorite President will see you soon!”

According to Fox Business, Truth Social is going to start welcoming Americans who pre-ordered the app Monday. It will start by populating the platform over the next 10 days with the same people that pre-ordered the Truth app. To date, the app has welcomed prominent politicians, celebrities, and influencers.

As to the operations and infrastructure for the app, Fox Business reported TMTG is not relying on traditional big tech companies for its infrastructure needs. It goes on to say it will rely on its cloud services partnership with Rumble.

Just like Truth Social, Rumble looks to provide a platform free of political censorship for its users. This is a growing trend in the tech segment as more platforms are popping up to address this need.

Small Business Operations as More Similar Platforms are on the Way

Gab, Gettr, and Parler are some of the other apps in a similar vein as Truth Social. So, the question becomes what is a small business to do?

This of course will depend on how you want to represent your brand as well as your political affiliation. The truth of the matter is each platform will continue to grow, in turn attracting an ever-increasing number of users. And undoubtedly some will be much more popular than others.

As a business, your goal is to serve your customers and if most of them are on these platforms, you should start considering advertising on them. The key to any successful marketing campaign is to reach your audience, no matter where they are. If they happen to be on Truth Social or any other related digital outlet, then you must go there.

You can go to the Apple App Store to find out more about Truth Social.